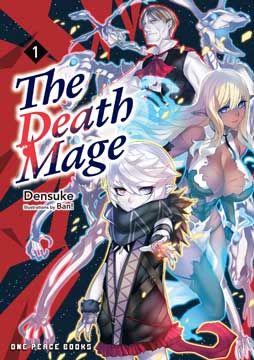 Written by Densuke / Illustrations by Ban!

After Hiroto Amamiya dies on a school trip, the god of reincarnation, Rodocolte, sends the unfortunate student into a second life. There he obtains death attribute magic, but after more than a decade of torment, his second life also ends in tragedy, after which Rodocolte reincarnates Hiroto once more for a third life—again without any special powers. Adamantly swearing that there definitely won’t be a fourth time around, Hiroto uses his vast reserves of magical power and the special death attribute magic from his previous life to live as a dhampir called Vandal.