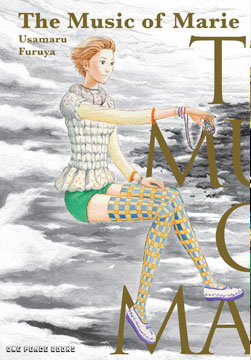 The Music of Marie

Pirito is a utopia protected by the mechanical goddess Marie, who looms large as she orbits the skies above. Down in the factory town of Gil, Pipi's heart yearns for Kai, but as the only one who can hear Marie's ever-present music, will he be able to accept Pipi's affection?

Delve into the beginnings of Usamaru Furuya's soaring fantastical worldview with this masterful, early work from the prolific creator who brought you Lychee Light Club, Genkaku Picasso, No Longer Human, and more! Now collected as one volume, The Music of Marie, a story of sublime love, will pluck at your heartstrings until the very end.

Usamaru Furuya’s career began with the serialization of Palepoli in avant-garde manga magazine Garo in 1994. Since then he has continued to create a multitude of work, and his delicate art, dynamic style, and transcendent power of expression has attracted a cult following. Usumaru’s well-known works over the years include Lychee Light Club, Innocents Boys' Crusade, Suicide Club, Teiichi: Battle of Supreme High, Amane†Gymnasium, and Lunatic Circus. In addition, his manga 51 Ways to Save Her was the basis for the 2009 animated series Tokyo Magnitude 8.0.

An Interview with Usamaru Furuya